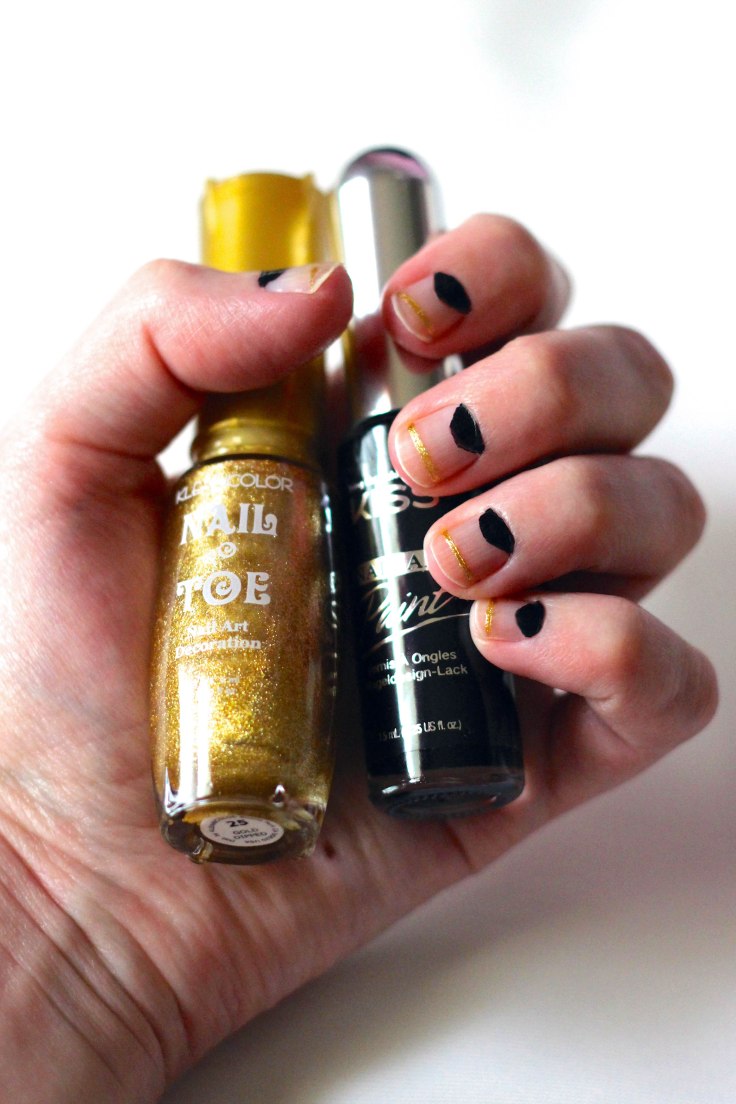 I could have taken the time to make this manicure more precise and used manicure stickers from my french manicure kit, but decided to do it mostly by hand with my thin brush bottles. I use to do things by hand more often with these little guys, but as I got more ambitious, the more careful and precise I needed to be.

I started by using the black bottle to slowly paint half moons at the base of my nails. Then I used a single straight manicure sticker on each nail between the half moons and where the gold stripe would go. By following the edge of the sticker with the thin brush of my gold bottle I was able to create fairly even stripes and only used half of the amount of manicure stickers I normally would!

2 thoughts on “Nails of the Week”